While Hitty Sparrow was off visiting various exhibits at the Shelburne Museum, Hitty Jean decided to visit the Electra Havemeyer Webb Memorial building. It is a special place, in that it was purpose built so that the interior rooms look just like the rooms did in her 1930’s New York City townhouse. What Hitty Jean was most interested in was the paintings. The Webbs owned five original Monets, purchased directly from the artist, and Hitty Jean wanted to see!

First, in the living room, was Le Pont, Amsterdam.  This is the first painting by Claude Monet  ever to be brought to the US. Hitty Jean was not expecting such a modern feel in an impressionist painting and was not certain this would be her favorite of the collection:

The dining room of the Webb’s townhouse featured four of Monet’s paintings, also purchased from the artist himself. (Imagine!)  Hitty Jean enjoyed these much more!  First was Ice Floes, in which Monet captures an early thaw on the Seine: 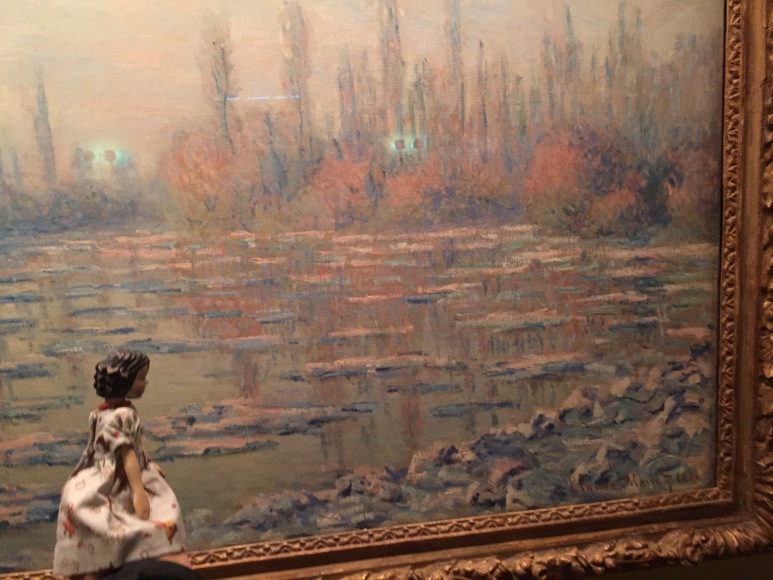 Next was Grain Stacks, Snow Effect, which depicts a meadow near Monet’s home in Giverny:

Another painting, called Old Church of Vernon depicts a church near Monet’s home: 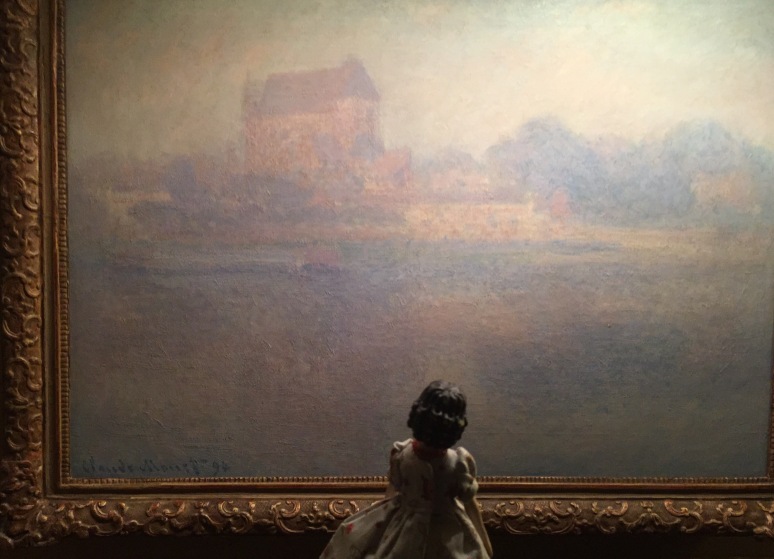 The Thames at Charing Cross, London, is a view looking Southwest and upstream: 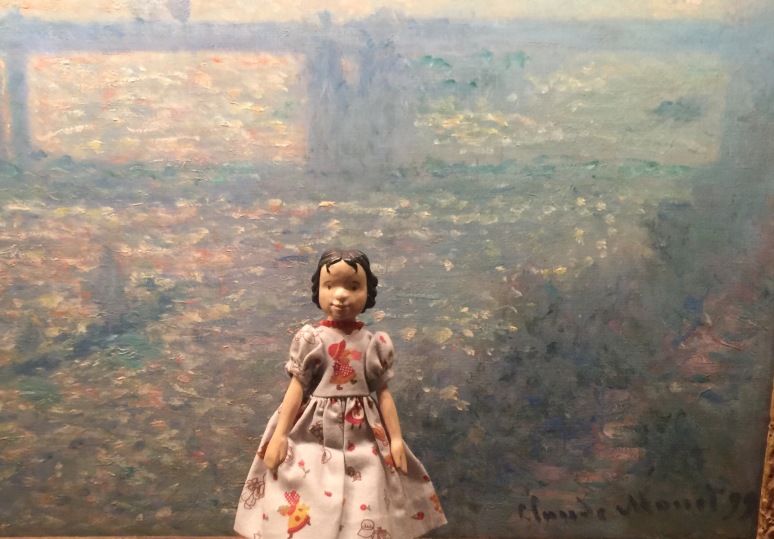 If you look carefully in the upper right of the painting, you can just see the Houses of Parliament through the fog:

What a fun and interesting experience for Hitty Jean to be able to view original Monet paintings in rural Vermont! Did you guess that Hitty Jean’s favorite part was standing next to Monet’s signature?

8 thoughts on “Monet in Vermont”