Animals in the Cabin! :: Part IX

Every evening, when Hitty Jean would retire to her cabin, she would be greeted by a *towel animal* – these are apparently a phenomenon of cruise ships and some hotels.  Hitty Jean met many new friends!
A Puppy: 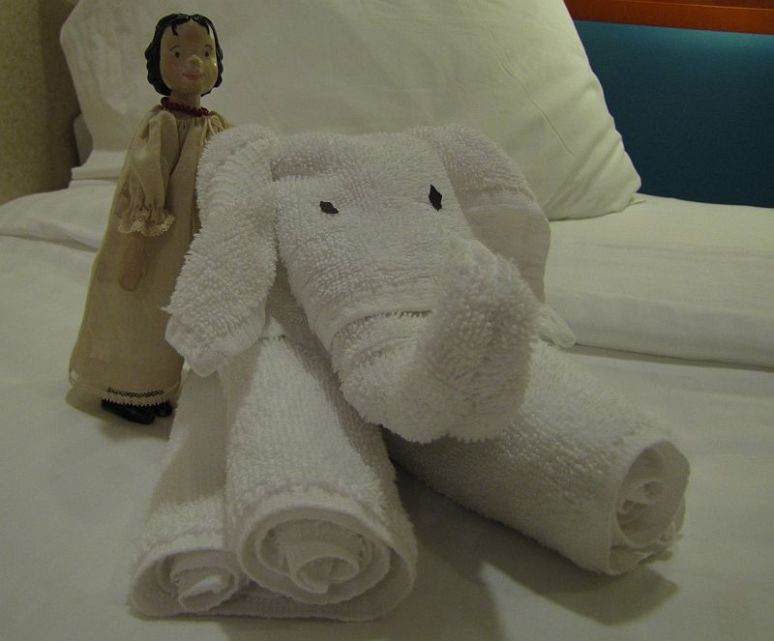 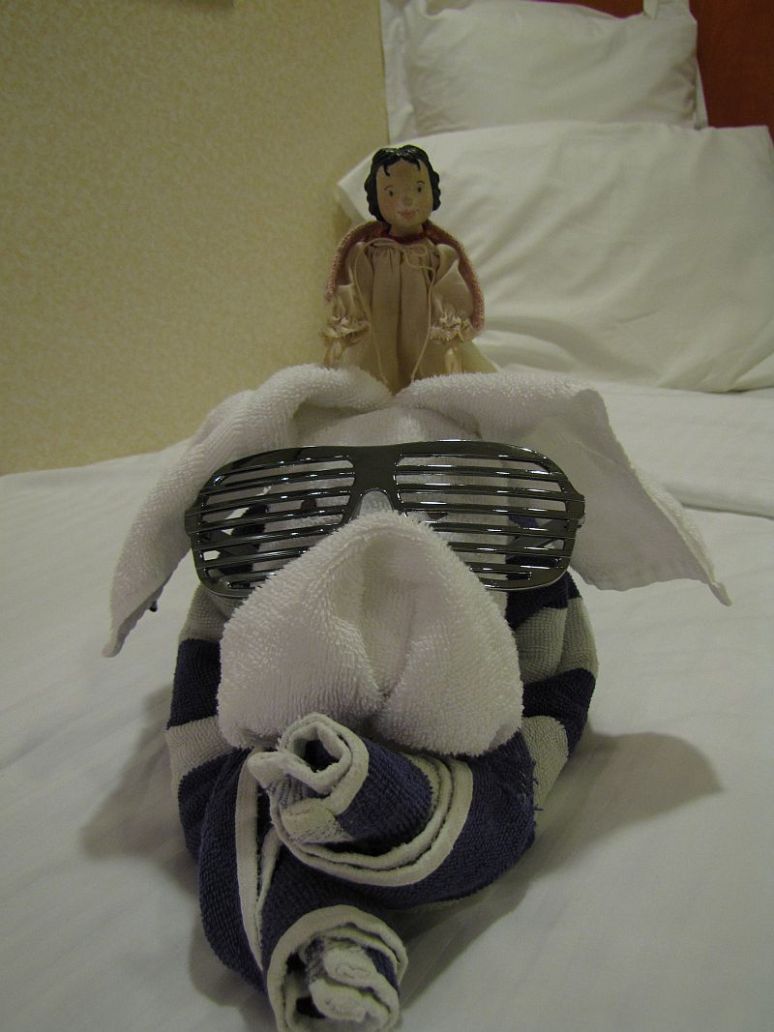 A tiny Mouse hiding in a glass: 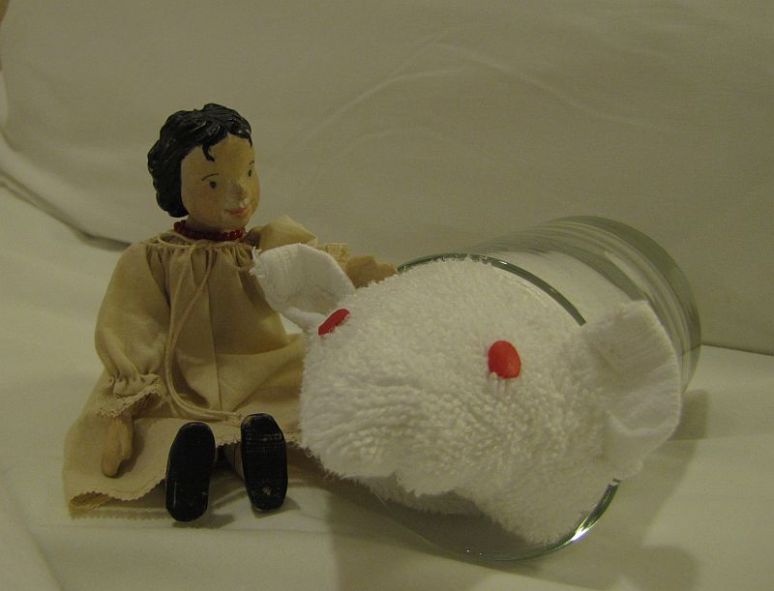 And, a funny Bird:

One night, there was even a monkey hanging from the ceiling, but Hitty Jean found him a bit too rowdy to pose with…

And that’s all about Hitty Jean’s Bermuda Cruise!!